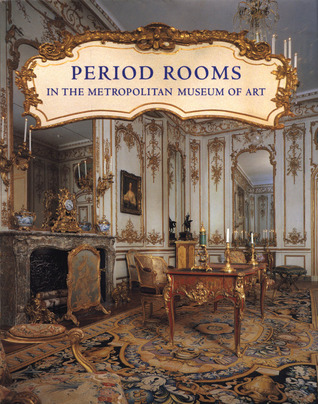 Superb examples of interior design through the ages are on view in the period rooms at The Metropolitan Museum of Art, New York. From an ancient Roman bedroom excavated near Pompeii to a Louis XVI grand salon from eighteenth-century Paris to the Frank Lloyd Wright Room in the American Wing, these popular exhibition galleries can now be seen for the first time in book form. Thirty-four spectacular installations - some actual rooms taken from historic buildings and some recreations intended to show related works of decorative art in an authentic setting - offer a beautifully photographed grand tour through the history of interiors. From a twelfth-century cloister from the Pyrenees to eighteenth-century French and English parlors and boudoirs to Colonial and early nineteenth-century American dining rooms and libraries, the Metropolitan's collection of period rooms offers a wealth of fine furniture and decorative elements. An introduction by Museum director Philippe de Montebello explains the concept of period rooms at the Museum and how they have been developed, installed, and furnished over the past hundred years. Then, each room is depicted both in color photographs taken especially for this book and in lively narrative descriptions that include fascinating information about the original room from which the Museum's example is derived, the individuals who commissioned and carried out the decoration, and the era that the room represents. Supplementing the stunning photographs of the rooms are historical photographs and engravings and close-up shots of selected ornaments and pieces of furniture, enabling the reader to see details that are often inaccessible to Museum visitors.
Libros Relacionados